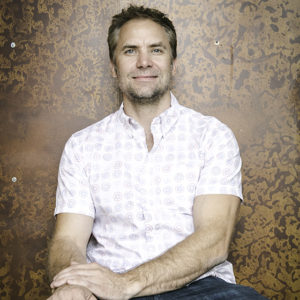 Jordan Vaughn was arguably an architect starting at around 6 years old. His entire life he watched and helped his dad, an architect, build homes. When he was 18, he decided to take a year sabbatical before undergraduate and graduate school, and put his cabinetry skills to work on a house in Taos, New Mexico. All of these experiences taught him the type of architect he wanted to be was not the kind that designed a building, a space or cabinets and handed it off to contractors to bring to life. The type of architect he wanted to be created – and built the designs. This is philosophy and approach is the foundation of VonMod. Here is a bit of his and VonMod’s story.

What makes VonMod different from others?

What makes us good designers is we can listen AND hear. I think clients feel heard with us. We do not force our design on our customers but we have the skill set to guide them into what they want and providing suggestions for things they may not naturally think of. It is in our ability to understand what people want and our expertise in translating that into a design that our customers like.

With design, there is a huge aspect of empathy. You must be able to understand what people want even when they sometimes are not explicitly saying it. You have to gather the information they are sharing with you and then put that into a design that resonates with them.

We don’t do anything just to build our portfolio. We don’t want our designs to come from the portfolio of the architect / designer on the project but from the mind of the person who will live with product.

What do you find customers say about VonMod?

That they enjoy working with us. Our process is what we sell and what our customers ultimately buy. We are an approachable, friendly place. We don’t think so highly of ourselves – some customers want a really strong hand – that is not the way I do it some of the employees are. Our process is collaborative with our customers, lean and fluid.

Remodels and building can be hectic and stressful for people. How do you manage that?

We put the client first. We always have. A high level of customer service is the only level of customer service we provide. We realize the stress of a remodel and how it can make people say things that you would not usually say. It is stressful living without a kitchen. We take the approach of doing good work and always making it right – even if it has a negative impact on us. Committing to doing it right and getting the job done effectively the first time – and if it requires a remake – we do it. The client needs to be thrilled or we shouldn’t even be doing it. If we are going to do marginal work then we don’t want to do it at all. 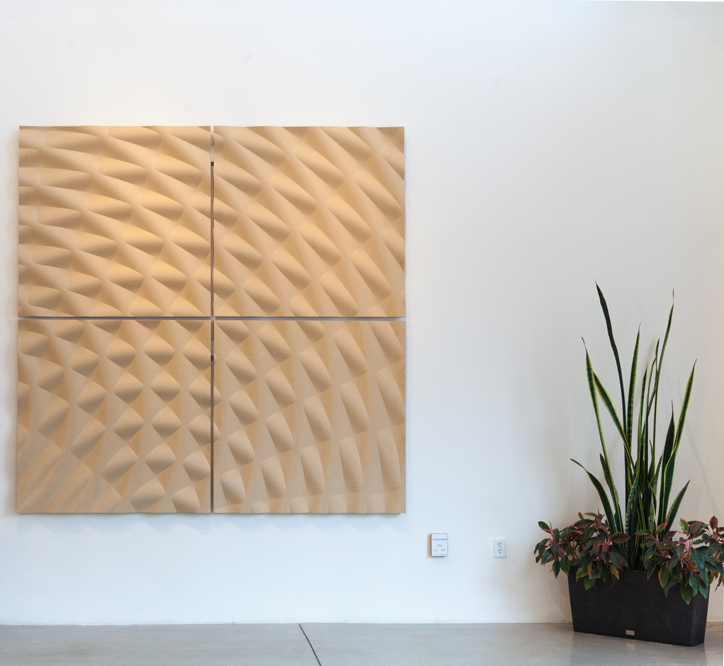 Your employees are passionate about working for VonMod. Why do you think that is?

I am fortunate that the reputation of VonMod in Denver is very positive and employees come to me. Architecture schools push potential employees my way. There is a breed of people that are disgruntled with being a designer and architects yet never touching the material, and they are the type of people who come my way. The people who realize standard architecture is not for them. 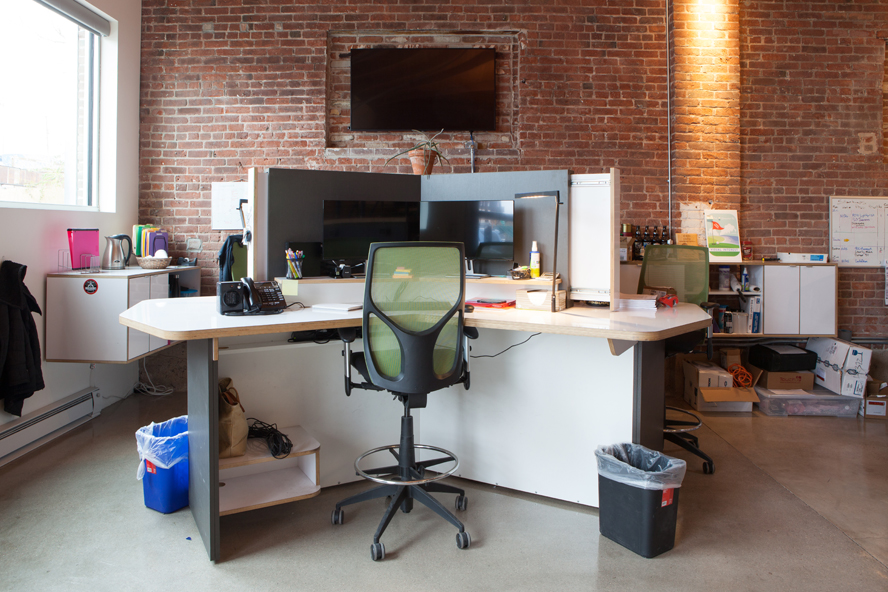 How would you describe the VonMod team?

We are not craftsman, we are not designers, we are both. There is a tribe of people out there that have a similar philosophy as us and we find them or they find us. These people are fascinated with automation and fabrication. These people are a natural fit for us. Many shops hire either craftsman or designers. We are both. We find individuals who have both of those skills. They are out there and we find them and sometimes that high caliber talent finds us.

Why do you think this more non-conventional approach appeals to you?

I sometimes refer to myself as a second grade drop out.  My mom was a Montessori teacher and my second grade teach would put me on a pedestal and try to make me an example. It made me uncomfortable. I wanted to be home schooled. Instead, I went to an open school from 3rd to 6th grade. At this school, I was given no direction which I think really changed my direction. For an entire year I built paper airplanes. By 6th grade I felt guilty I had not done math in three years, and then I felt I needed more structure. I went to a more traditional school and got caught up in a few months.

How did you go from sixth grade to VonMod?

VonMod came from the idea that I wanted to merge architecture with cabinet making. I had the VonMod vision for a while. I wanted to be a full-service architecture interior firm.  I wanted it to be heavily design centric but automated in the building process and, as such, be unique in that way.

I graduated with a Master’s in Architecture in 2008, right as the economy was going off the cliff. I had experience making cabinetry and furniture and it would pay the bills when architecture could not. Architecture is very vulnerable to economic downturns.

My dad is a residential architect. I grew up watching him design and build homes. It always appealed to me to do the architecture thing. After high school, I took a year off. I ultimately went to the University of Oregon for their architecture program but out of high school I knew out of state college was really expensive, so I decided I better decide if this was really what I wanted to do.

I took a year off to build a house in Taos. I built all the cabinets for that house. I used a friend of the family’s workshop to build all of the cabinets and I learned I was pretty good at it and could probably make good money at it. I realized I really enjoyed making furniture. Furniture is a form of architecture just smaller.  It gives me more control over the entire design. It is functional art. Just because it is not a building does not mean it is not a cool medium to experiment and play with. The problem with architecture is it is so big and has so many components. Cabinetry and furniture gave me the opportunity to be involved with the whole process.

Before I had bought and designed the shop I now have in Denver, I was working out of a woodshop I created from a family friend’s old animal barn in Castle Rock. I was living in Denver but commuting to Castle Rock every day. It was a traditional woodshop. There was no automation.

What is the advantage of automation vs handmade?

The world of handmade furniture and cabinets is a tough place to be because of the extremely high cost to the customer. When you hire a human, there are a lot of billable hours required to get what you want. Automation makes custom cabinetry, furniture and textured wall paneling more accessible to people. It can cut prices of the same thing handmade substantially.

The amount of time it takes to get something built is drastically reduced as well. In the end, what the customer gets is not mass manufactured but custom designed at a competitive price and the precision of the technology means customers are getting exactly what they want.

Automation reduces material costs because there is so much less waste and opportunities for errors; it allows for issues to be identified more quickly than would be possible in the handmade world; it allows for the delivery of quick bids; and its allow for a more collaborative process with feedback possible in much earlier parts of the process.

How do you do your pricing?

Many time shops will throw a lot of numbers out without really knowing what they are talking about. We run our jobs fixed fee. We work with the customer to determine a budget that works for them and that is the final number. Treating the customer well is our priority and giving them that piece of mind is important to us. No one will spend more than they think – there are no surprises.

Some other companies have the same estimating and design software we do, but they are bigger operations which makes them less agile in design. Many times, they have a fixed product line that does not allow for as much customization. Because we are more agile, we can do a broad range of projects and be more artistic while still knowing exact costs and not spending a lot of time figuring them out. 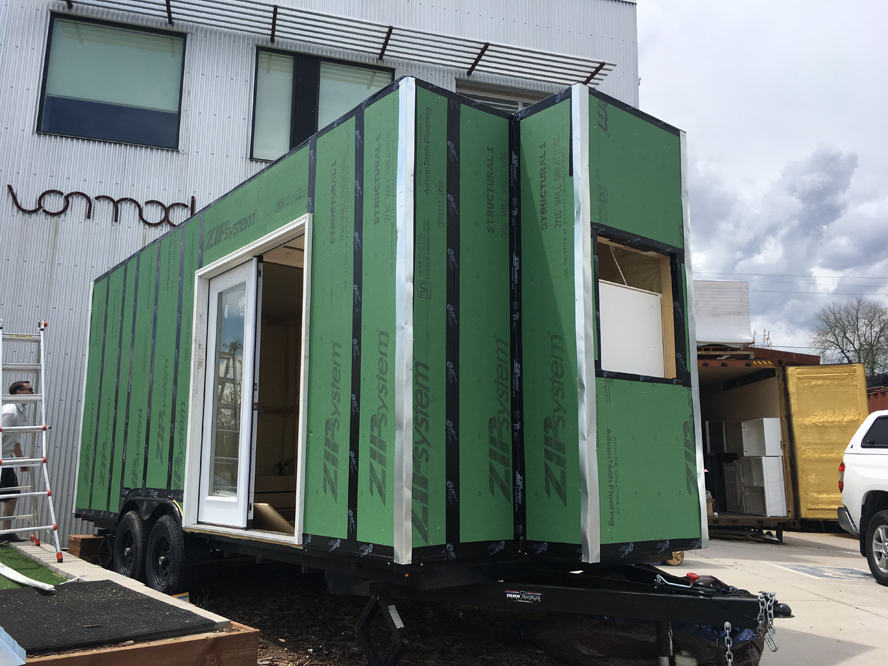 What about working with customers that don’t know their budget?

If there is not a budget proposed, we can quickly help give ideas around what different concepts would cost. The world’s best designers should also be the world’s best estimators. We can tell you if what you want is possible given any budget restrictions. We are a design company, but we are not going to spend a lot of time designing something people can’t afford. We only want customers to pay for design if it is something we can produce for you.